It’s the beginning of spring and the end of March – and unbelievably the first quarter of the year as well! Can you believe how fast 2013 is flying by? We’ve been busy and working hard here at Ulmer’s Auto Care Center, so maybe it’s time to take a little break and share with you some fun and amazing car facts. We know that April Fool’s Day is right around the corner, but these eight auto facts are no joke, and that’s what makes them amazing! 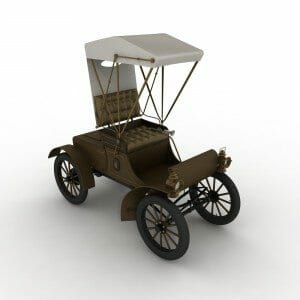 2. Leonardo da Vinci designed the first car. The first working automobiles weren’t completed until the late 1800s, but in 1478 Leonard da Vinci sketched drawings for a self-propelled vehicle. Talk about being hundreds of years ahead of your time!

6. Lamborghini used to manufacture tractors. When Lamborghini was founded in 1963, it first built tractors for several years. The owner of Lamborghini drove a Ferrari, but was having trouble with his clutch, so he decided to fix it himself and start manufacturing cars instead of tractors.

8. Electric cars have been around for more than 185 years. In 1828, Hungarian Anyos Jedlik created a model car with a small electric engine. Electric-powered taxis were even introduced in New York City in 1897. But electric cars lost interest in the 1920s when improvements were made to the internal combustion engine for gas-powered cars.

Feel free to use these amazing auto facts to wow your friends at your next dinner party! Or maybe you could use them to entertain your passengers next time you are stopped at a stoplight.

Previous
View All
Next


Your Location has been changed.